* he combines songwriter and producer qualities on a top level, with mutiple Gold and Platinum awards

Here it is, LOUA's (Seven.One Starwatch) new song "Game Over", the third single... will there be an EP soon? We are definitely looking forward to more! Co-Write by LOUISA BÜCHERLE and TOBIAS RÖGER Co-Production by TOBIAS RÖGER Here you can listen to "Game Over".

Louas new Single is out!

Finally, the time has come! LOUA (seven.one starwatch) releases her second single "Kleines Desaster". Another mega song, here in the office it's already playing on continuous loop.  Co-written and artist is LOUISA BÜCHELER. Co-produced and co-written by TOBIAS RÖGER.  You can listen to "Kleines Desaster" here.

Just in time for Valentine's Day, JULIAN DAVID (MORE Music & Media) releases his latest single "Feuerfunkenregen" for the first time since 2019. Perfect for all the lovebirds who are still looking for the right soundtrack for cuddling together. Writing: CHRISTOPH PAPENDIECK, SERHAT SAKIN & TOBIAS RÖGER Production: CHRISTOPH PAPENDIECK & SERHAT SAKIN Listen to "Feuerfunkenregen" here.

» All news about Tobias Röger 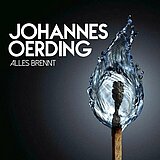 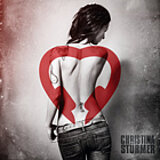 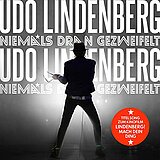 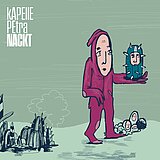 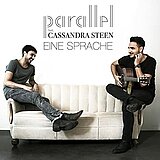 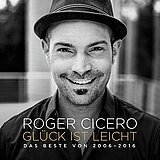 Tobias Röger creates custom made musical outfits, showcasing every artists personality and character while infusing it with his own signature style.
With his punk band Wohlstandskinder he had remarkable success but decided to split the band up. “Being passionate about creating music, but loathing the spotlight – that almost destroyed me” says Tobias Röger. Back then he already enjoyed his time in the studio far more, than being on stage himself.

Since 2006 stars like Udo Lindenberg, Christina Stürmer, Wolfgang Petry and Helene Fischer trust his sensitive precision. At the same time he puts his heart and soul into working with upcoming and independent artists such as KAPELLE PETRA or former buskers PARALLEL. Offering an “All-In-Service” he is songwriter, producer and musician combined.
“Depending on the preconditions I help artists to develop a personal sound, an aesthetic, a basic attitude, their own style in composition and lyrics”

For many artists working with Tobias Röger is a journey to find themselves. From making a few tweaks to artistically reinventing oneself completely – anything goes. What does a credible indie artist need to play an arena and a pop artist to create likeable friction. Tobias Röger induces indie songs with magnitude and pop tunes with authenticity.

“You don’t run after hits, you run towards them”, he says. “The best and most emotional music is written in the midst of creative chaos, when you just try things out, without an agenda.” For this you need trust. With his backround as a performing artist, Röger can dive deep into an artist’s soul, drawing from his own experience. He knows about blind spots which arise in an artist’s career and how valuable an outside opinion might be.

At the end the results are as different as the people, but still you can hear the influence of Tobias Röger.  Sincere melodies and lyrics that tell a story. A production that choses every element carefully. Euphoria and melancholy joined to create songs that simply stay with you.

All these stories are written beside the urban rush in Röger’s studio in the countryside of Cologne.
This proves to be a benefit as according to Röger great songs are created if you’re not busy looking left and right, what seems to be easy when while looking outside of the studio windows there is a landscape that’s vastness and peace isn’t affected by short lived fashions.