* Producer, Mixer, Songwriter, with studio based in Hamburg

Latest news about Frieder Does

Congoroo - "Hanging From A Tree"

The alterna-grunge-rock band CONGOROO releases their new single "Hanging From A Tree". A great track, definitely listen to it.  Production and mix by FRIEDER DOES. Here you can find the single!

Finally all songs of DAMONA's (superpolrecords) EP "Chaos" are out. "Fix This" is the fourth and last song of the EP and shows DAMONA's calm, emotional side. A great song! The whole EP was produced and co-written by CHRISTIAN NEANDER. "Fix This" was mixed by Frieder Does. You can listen to the EP "Chaos" here.

Damona - "You should be scared of me"

OUT NOW! DAMONA's (superpolrecords) new rocking single "You should be scared of me". The track is already running in a continuous loop here in the office and be sure to check out the great music video! Co-written and produced by CHRISTIAN NEANDER. Mixed by FRIEDER DOES. You can listen to it here!

We can't say it often enough, but " Da ist er - der Hammer". Today MARLON HAMMER (Energie) is at it again, this time with his EP "Bochum 2". Simultaneously with the release of the EP, the music video for his new single "Kennt ihr das?" is released, where he strolls through the streets of Bochum with his band. Writing: MARLON HAMMER Production: NICE & MOSES SCHNEIDER Mix: FRIEDER DOES Listen to the EP here! Watch the music video of "Kennt ihr das?" here.

» All news about Frieder Does 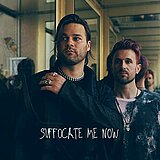 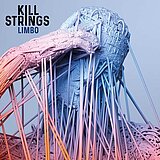 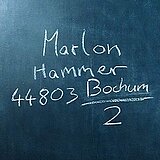 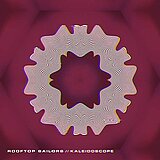 » Full discography of Frieder Does

FRIEDER DOES is a producer, mixer and songwriter with his own studio in Hamburg.

FRIEDER gained a lot of live experience as a guitarist with his own projects before he decided to change sides and work as a producer, songwriter and later as FOH for other acts.
Frieder quickly began to acquire his first studio production skills, including working as an assistant alongside Ralf-Christian Mayer (Clueso, Mark Forster). These experiences helped Frieder to build up an extensive network and lay the foundation for his own career.

In 2020, Frieder opened his own studio in Hamburg, the "Cargo Island Studio". In the meantime, young and aspiring bands and artists in particular find a mentor in FRIEDER DOES, who is available for every vision with advice and support. His numerous projects include Paula dalla Corte (Polydor), Antje Schomaker (Columbia), Blackout Problems (RCA). As a mixer, Frieder has mixed productions by renowned producer Moses Schneider (AnnenMayKantereit, Beatsteaks, Toccotronic) in 2022, such as Beranger (RCA) and Marlon Hammer (Energie).