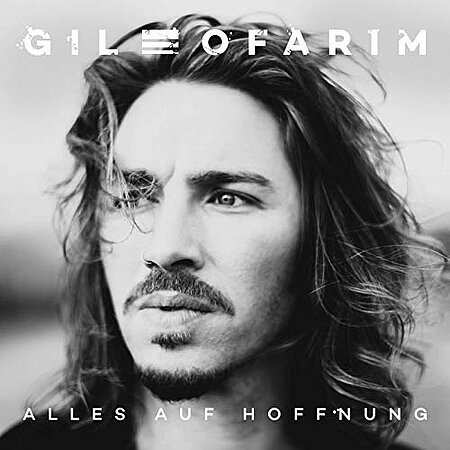 After releasing his two singles "Alles auf Hoffnung" and "Pierrot", GIL OFARIM finally releases his long anticipated solo album "Alles auf Hoffnung". The Album is used as an outlet for the singer, where he processes personal topics like the farewell of a loved one, breakups and the responsibility for oneself and others.

The big clock of life is ticking for each of us. In harmony with himself, UDO LINDENBERG sings about life and that he would do everything the same way again. In his new music video, Udo shares his world of thoughts with us and lets us visualize the music video with his words.   JEM PETER SEIFERT and HENRIK MENZEL produced the song. OUT NOW!!!! Watch Udo's new music video for the song "Wieder genauso" (Udo Lindenberg)!

After four years, it is finally here. The Irish-American singer MICHAEL PATRICK KELLY (COLUMBIA) releases his long-awaited LP "B.O.A.T.S". The album title is an abbreviation for "Based on a true story". But the songs are not only based on a true incident, they are also meant to give the listeners courage, comfort and hope. But check it out for yourself! The guys from NICE co-wrote the song "The World". JEM mixed the songs "Icon" & "Mother's Day", including add. Production on the song "Icon". Listen to "B.O.A.T.S" here.

Angus Powell - "Holding Up The Heavy"

We think ANGUS has found the matching words: "I'd like to spin it for anyone who’s not where they thought they would be in 2021, anyone who’s trying to navigate a way through and everyone who's "Holding Up The Heavy"." - ANGUS POWELL (Halogen Music) ANGUS POWELL wrote this track in Berlin with CHRISTIAN NEANDER and JEM, who also produced and mixed it. Click here for the Song