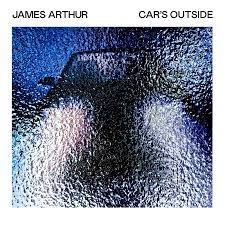 Produced and co-written by ALEXANDER BEITZKE.

You can listen to "Car's Outside - Acoustic" here.

A new, strong dance track for the weekend! ALOK ft. JAMES ARTHUR (Sony Music) with "Work With My Love", a great song for the end of the workweek. Here in the office it's already playing over and over again. Vocal production by ALEX BEITZKE. You can listen to the single here.

"Heartbeat" the new song by JAMES ARTHUR (Sony Music) is finally here, he wrote this one for his newborn daughter. A beautiful, emotional song! Co-produced by ALEX BEITZKE.  You can find "Heartbeat" here.

Grammy winner and multi-award winning producer AFROJACK (Universal Music) releases his new single with JAMES ARTHUR (Sony Music) "Lose You". The perfect song for the weekend. Vocal production by ALEX BEITZKE.  You can listen to the single here.

"All The Way Over" - Sam Ryder

SAM RYDER (Universal Music) releases a new strong single "All The Way Over", be sure to check it out. Co-produced by ALEX BEITZKE. You can listen to "All the Way Over" here.