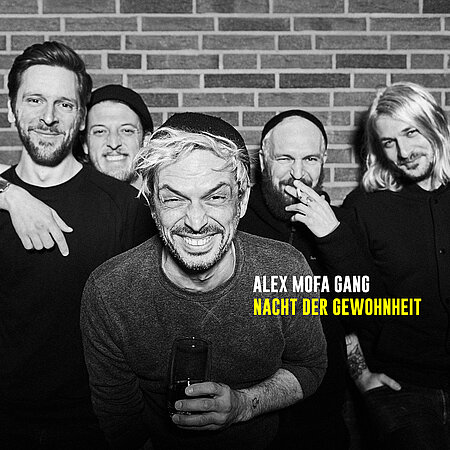 CALLEJON (Warner Music) are back again with a lot of energy. Today their new single "Mary Shelley" is released. Co-Write: CHRISTOPH KOTERZINA (FROM NICE) Listen to the single here!

"I Believe" by KAMRAD is NR.1 in Poland's AirPlay Charts

Following its huge radio success in Germany, KAMRAD's single "I Believe" is now No.1 on the Polish AirPlay charts. It also continues to be one of the summer hits of 2022 on streaming platforms, as well as in the SHAZAM Top 20 charts. Congratulations!  Co-writers: NICE aka. Ecci and Kotsche, JONAS MARKSCHAT Listen to the song here.

"Da isser - Der Hammer!"  Bochum-born MARLON HAMMER (Energie) makes the perfect start in the music business with his debut single "Hinter den Mauern" ("Behind the Walls"). Because the 17-year-old not only captivates us with his mature and raw voice, but also inspires us with his diverse and complex lyrics. The single combines poetic images with fable constellations. He ends the song with a question and reassures himself at the very end with "Do you know?" once again after his mental health: hectic and driven between religion and politics, Marlon demands an answer to this question: "Do you know - or am I a psychopath?" His EP "Bochum 2" is also already lined up and we can hardly wait. We are ready for Marlon. Writing: MARLON HAMMER Production: NICE & MOSES SCHNEIDER Listen to "Hinter den Mauern" here. Watch the music video here!

"I Believe" by KAMRAD (Epic Records) is the most played song on German radio. The song also reached the 6th spot in the Official German Airplay Charts and currently occupies the 30th spot in the Media Control Charts. It's about to take off in other European countries as well. We are very proud of our songwriting team NICE aka Ecci and Kotsche and our songwriter JONAS MARKSCHAT who wrote I BELIEVE together with KAMRAD. Congratulations to everyone involved in this success! Let's celebrate it with some ice cream! Listen to the song here.