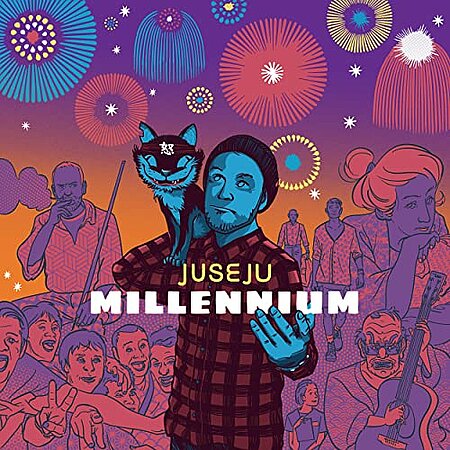 The 38-year-old German rapper, journalist and author JUSE JU (Groove Attack) released his single "Kranich Kick" from the upcoming album "Millenium" today. The music video is already out. It shows the rapper and the baseball club "Berlin Flamingos" playing baseball.

The song was mixed by WILLY LÖSTER.

The German newcomer XAY (CTC Records) releases his Mini-EP "X.File Beta" today. On the EP you can listen to the songs "Wild Thots" and "Ring". Both songs were mixed by WILLY LÖSTER. Check them out now.

Singer songwriter JAKOB AUGUST (7music) grew up on an island in the Mediterranean and you can still tell by his easy-breezy summer sound. Check out his new single "Soldier". WILLY LÖSTER mixed the single. Click here for "Soldier"

MATIJA (Clouds Hill) captivates us with their new single "Saddaysinthecity", which will hopefully be performed on their German tour starting in September. The track was produced and mixed by WILLY LÖSTER. Listen to "Saddaysinthecity" now.

After releasing singles the last couple of weeks the new LP "Millenium" (Groove Attack) by JUSE JU is out now! The artists himself says that he never eagerly awaited a release as much as this one - today the album is finally here.  WILLY LÖSTER mixed the LP "Millenium" is this way