* coming from an urban background, Luis developed into one of the most requested young writers nationally, also claiming his first international success stories

DAS BO is going solo again and releases his EP "Live Young, Die Old." (Formula76/DAS BO) with five new songs and special guests. LUIS BALTES is part of the songs "Was du brauchst (FSSS)" and "Kaum Zeit Kontinuum" as artist and Writer The EP is this way

Following his single "Graue Welle" LUIS BALTES releases the EP of the same name via Kanone Records today. Six tracks, each with a different vibe but every song with a lot intuitive emotion and good to dance to. LUIS BALTES with "Graue Welle" EP

LUIS BALTES releases his new single "Graue Welle" via his own label Kanone Records, which he founded only last year. A melancholic, thoughtful song with a pop trap sound.  Listen to "Graue Welle"

» All news about Luis Baltes 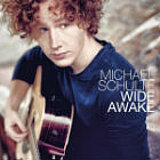 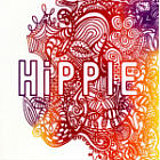 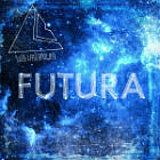 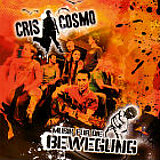 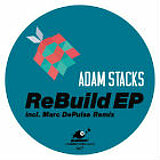 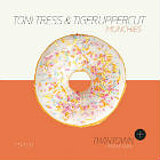 Luis Baltes is an entertainer. Along with working behind the scenes as a songwriter he has plenty of experience on stage as an artist as well.
With this insight in the best of both worlds he instictively writes authentic lyrics in all different styles of music.

His repertoire as lyricist and topliner is unlimited. Luis is writing in English and German may it be Pop, Hip Hop, Rock, Punkrock, Heavy Metal, Country, Folk, German Schlager or even modern electronic music such as Deephouse, Dubstep or Techno apparent in his work for acts like Michael Schulte, Adam Stacks, Jens Loh's Hippie and Chris Cosmo are a proof of that.

Until 2014 he toured Germany and Europe as frontman, singer, songwriter, rapper, lyricist and topliner of the German Pop group Luis Laserpower. He also works as a Rap artist, beat producer, remixer and is also one part of the DJ duo Uppercut.Continue.
As a human beatbox he was invited to tour with international Jazz- and Fusion artists Wolgang Schmid (of Passport fame), Oli Rubow (De-Phazz) and Jens Loh.

Apart from music he loves to explore all aspects of Pop culture like movies, video games and comic books and enjoys a good glass of "Rieslingschorle" (Riesling white wine mixed with sparkling water).